Punching above its weight. Comparing the early Boxsters

When the first Porsche Boxster (the 986) came to market in 1997, it was an eye opener for the soft-top buyers of the world. Set against a background of the recently discontinued 968, it was the first road going mid-engined Porsche for decades. A better sports car than a Z4 or an SLK, and with much more brand presence than an lowly MX-5, this soft top star seemed destined for greatness.

Some saw this as a progression of - or death knell for - the rear engined 911; but it hasn’t turned out that way over the last 20-odd years… The affordability of the Boxster has undoubtedly introduced many to Porsche ownership ladder and probably boosted 911 (and Cayenne and Macan) sales over the longer term as owners wanted faster or needed more practical vehicles.

The original 986 Boxster preceded the 996 911 by a year, and introduced the controversial ‘fried-egg’ headlight design that still divides opinion today.

The 987 followed in 2004 and kept the charismatic 6 cylinder engine, while having many styling and other updates.

So if you’re in the market for a used Boxster, should you grab a bargain 986 or stretch to a 987… Here’s some things to consider.

At launch the Boxster was available in 2.5 litre flat six from launch, upsized to a 2.7 in 2000 at the same time the ‘S’ model was released with a further enlarged 3.2litre six. A problem with castings led to porous engine blocks on early models that was resolved by improvements to design and castings in subsequent model years.  The 987 model got a 2.7 flat six, later upgraded to a 2.9, with the ‘S’ keeping the 3.2 and later getting upgraded to 3.4l.

A real gem, both 986 and 987 excelled and impressed. Never as pin sharp as a Lotus Elise, but it was spot on for the audience.

The facelift on the 986 model brought a much needed glass rear window and a glove box(!) and other minor changes, whilst the biggest updates came in 2004 with the 987 model. A more prominently styled 'circular’ theme, brought it up to date, though any buyers now need to be aware that even though the Porsche Communication Management System was available as an option, in car entertainment will be well behind todays ‘connected’ vehicles… so be prepared to get a phone holder or a modern upgrade if you want Google Maps.... 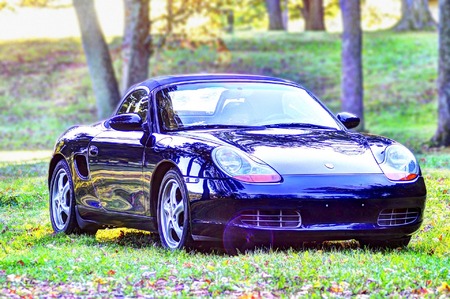 This is completely subjective. Most see the 987 as a significant step forward in styling. 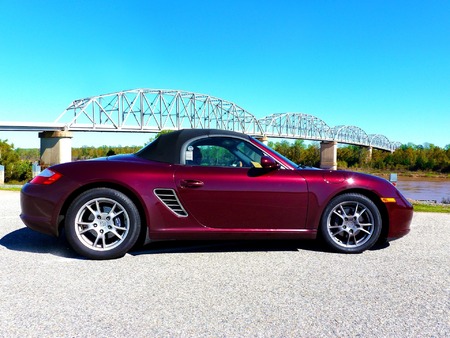 Providing you make a good purchase, either of these cars should give years of service. You will need to keep up to maintenance, and bigger issues like Rear Main Seal and IMS housing seal (not a massive issue on the manual and can easily be done with the clutch) and Intermediate Shaft Bearing (not really mileage dependent and not an issue on the later 987's) are things to be aware of.

Suspension might need attention as the miles pile up, but there’s no doubt this is a solid car - and a good service plan such as our Premium Protection Plan can take the sting out of keeping your pride and joy on the road.

We can also help with making sure you choose a good one by carrying out a pre purchase inspection at our Birstall workshop. Any seller should be OK with this if they have nothing to hide and it’ll be worth it just for your peace of mind.