IMS bearing failure symptoms and how to spot them

If you own a Porsche 996, Boxster 986 or a very early Boxster 987, Cayman 987 or 3.6 or very early 3.8 997, you are sure to have read some of the horror stories about IMS bearing problems. It’s easy to find tales of catastrophic engine failure and vast repair bills on Porsche forums, but what is less readily available is well-informed advice about spotting IMS bearing failure symptoms at an early stage.

We don’t want fear of IMS bearing issues to ruin your ownership of what should be a great car; particularly as what automotive manufacturers regard as a high failure rate still only involves a relatively small percentage of vehicles. So, we’ve put together some tips on how to spot problems before they develop into something serious. 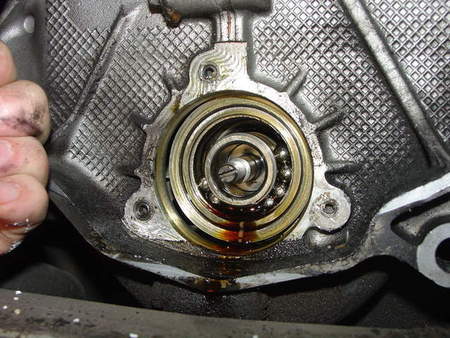 A failed IMS bearing can cause expensive problems for Porsche owners.

Which Porsche models can IMS bearing failure occur on?

Boxsters, Caymans and 911s from MY1997 to MY2008 are all at risk of IMS bearing failure, with the exception of Turbo, GT2 and GT3 models.

However, the type of bearings used changed over the period and some were more prone to failure than others. The statistics suggest that the versions used for model years 2000 to 2005 are most susceptible (mostly the 996 version of the 911 and the Boxster 986), while the chances of IMS bearing failure on a Boxster 987 or Cayman manufactured after a stronger bearing was introduced in late 2005 are very slim.

There is no obvious pattern to the failures in terms of mileage, with some owners unfortunate enough to experience IMS problems at less than 20,000 miles and others thinking they were safe only for the bearing to fail at 130,000 miles. In short, if you own or are planning to buy one of the models with the weaker bearing used from 2000 to late 2005, you need to be aware of the potential for problems.

Some info from the internet about 997’s

Base engine (3.6) has designation “M96”, can have the smaller IMS or revised larger bearing, you will need to know your engine number in order to determine which one you have:

“S” Engine (3.8) has designation “M97”, can have the smaller IMS or revised larger IMS bearing:

If you aren’t sure whether or not your Porsche is in the at risk group, give us a call for some advice.

What are the symptoms of IMS bearing failure?

One thing we’ve read many times is that there are no early warning signs of IMS bearing failure and that drivers won’t notice the problem until their Porsche has suffered catastrophic engine failure and they are faced with a huge repair bill.

There is a sliver of truth in this, as there may not be any obvious symptoms of a developing issue while you are behind the wheel. Well, not until you hear a loud rattling noise when you start the engine or accelerate – and by this point, the car is close to suffering very costly major damage.

However, if you are assiduous about maintaining your Porsche, there may well be opportunities to spot an IMS bearing problem at an early stage.

A simple and reliable check can be made each time you change the oil and filter. If there is any metallic debris in the oil filter or used oil, it has almost certainly come from the balls within the bearing, while any fragments of black plastic may have come from the IMS bearing seal.  Both are signs that the IMS bearing could be failing and you should have the car recovered to a Porsche specialist for a full inspection and repair.

You may want to think about how often you change the oil in your Porsche, as sticking to the recommended two-year schedule on later cars, will leave you with limited opportunities to spot the early symptoms of IMS bearing failure. If you drive your Porsche hard (it’s a sports car, after all), it is sensible to have regular oil changes anyway.

An oil leak at the rear of the engine is not always a sign the IMS bearing is failing. Most leaks here are from the RMS (and can wait to be repaired if not leaving oil deposits on the floor) , but there is also a chance that the oil is escaping from the IMS flange seal. Get it checked by a Porsche specialist to discover the precise nature of the problem and whether the required repair is urgent.

The technicians who service and repair your Porsche should also keep an eye out for any early symptoms when working on your car. It may be that they can trace a seemingly innocuous vibration back to the IMS bearing or that they spot an issue when inspecting the bearing which can be done when undertaking a routine clutch repair job.

What should you do if you think your Porsche has an IMS bearing issue? 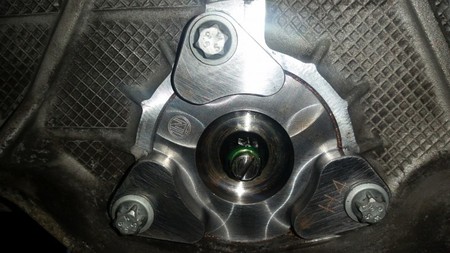 An IMS bearing replacement can add years to a Porsche’s life.

The first, and most important, piece of advice is not to drive your Porsche if you have any reason to think the IMS bearing is failing. Driving it increases the risk of metal fragments from the bearing damaging key engine components and adding a few thousand pounds to your repair bill. Instead, have it recovered to a Porsche specialist for an inspection and some expert advice.

Fortunately, there are excellent bearing replacements available in the form of the IMS Dual Row Retrofit and Single Row Pro IMS Retrofit from LN Engineering. They are tried and tested solutions, which are proven to be significantly more durable than the original factory fitted bearings and may well extend the life of your Porsche by years.

Revolution Porsche’s technicians have extensive experience of installing the IMS Retrofit solutions, both on Porsches that have suffered IMS bearing failure and for owners who decided to have the part replaced as a precaution.

Many of our customers who opted for the peace of mind of having the bearing replaced had the work carried out at the same time as having a new clutch fitted. Both jobs require the transmission to be removed, so there is a big saving on labour charges to have them done together.

Call Revolution Porsche on 01484 717342 or contact us via the website to request a quote for or more information about IMS bearing replacement.